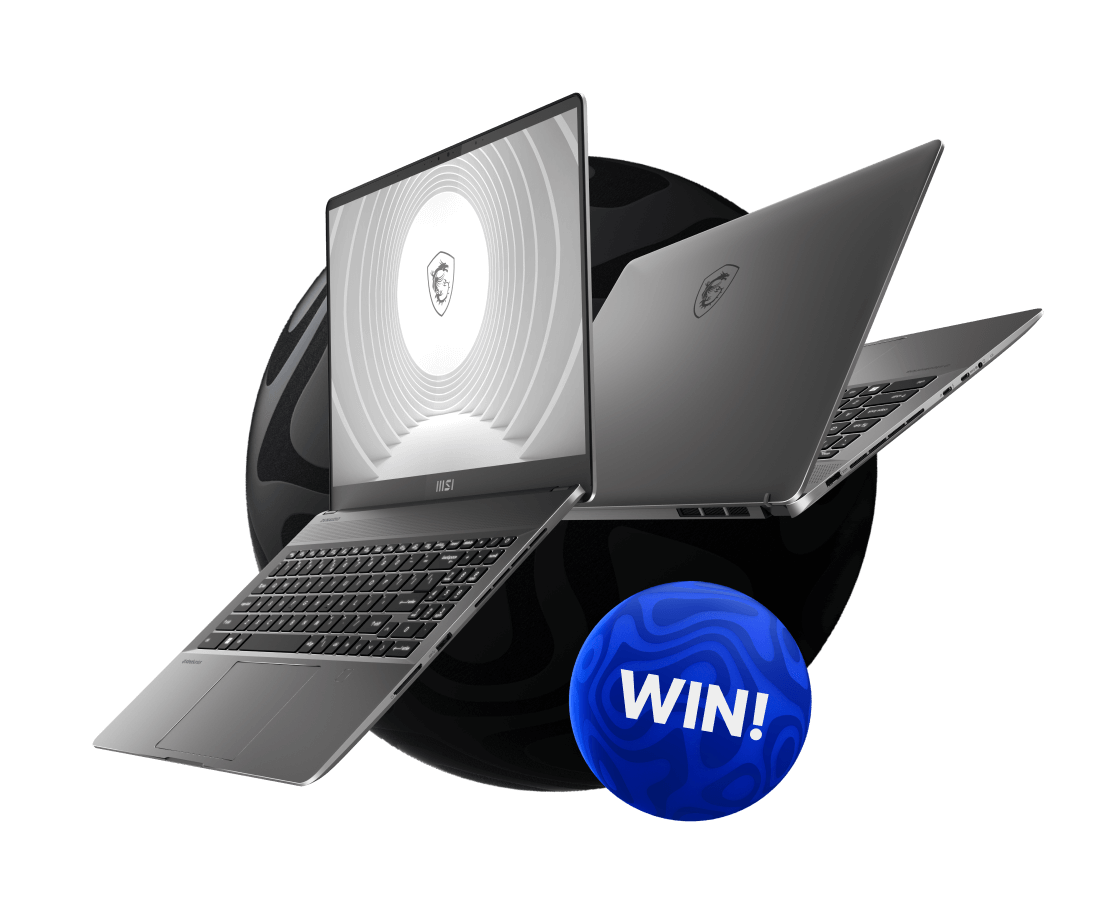 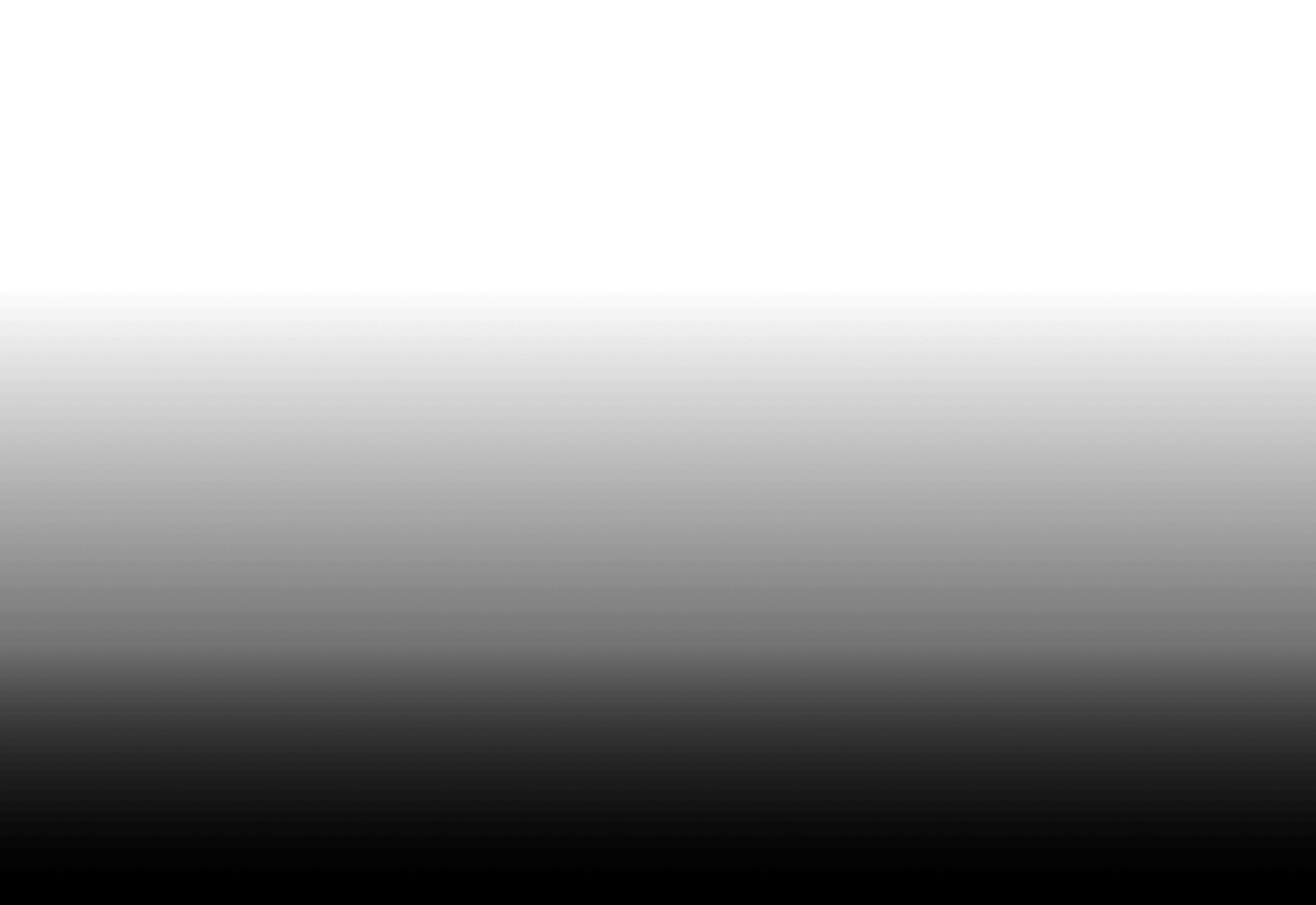 Are you ready to create your world? 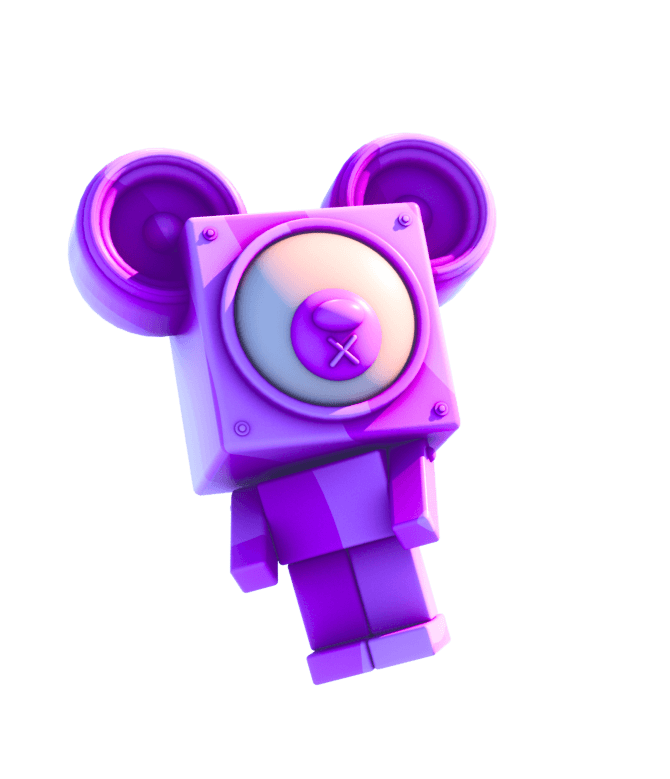 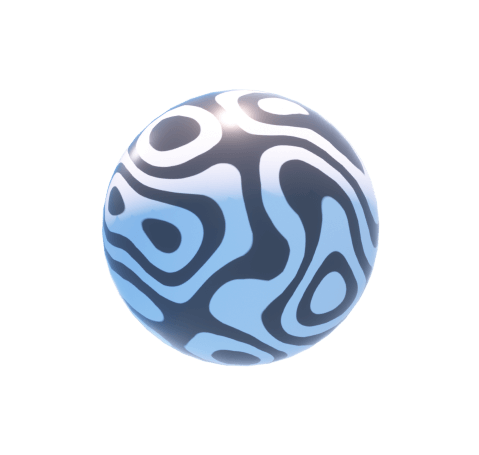 how do i participate?

share your creation on social media with #WarbbWorld and #NVIDIAStudio

play by the
rules.

It’s now up to you to create your very own ‘Warbb World’. No matter which style of design you prefer, we challenge everyone to come up with the most unique worlds. In order to participate in this challenge you will need the same blank canvas as everyone else. We made a blank 3D box with a fixed element for which you have to find a way to make it work in your ‘Warbb World’. You can find the needed assets through the button below.

This challenge is meant for creators to have fun, show of their amazing skills and possibly win some amazing prizes. Nevertheless this challenge comes with some rules as to what you are allowed to do. You have to make sure that whatever you will create is being done with the boundaries of the 3D box in mind. In the final artwork the shape of the box should still be recognizable. The camera and the geometry of the laptop cannot be changed. However, you are allowed to change the textures of the laptop. Make sure the final animation is rendered at 30 frames per second with a total of 300 frames.

All entries that don’t make use of the provided assets will not be taken into consideration for the prize pool.

The challenge kicks off on Friday January 20th and runs until Sunday, February 19th.
All entries submitted after the 19th of February will not be taken into consideration for the prize pool.

We are hosting a fun challenge for all creators and therefore want to create a safe environment for everyone. This includes all creators, but also everyone checking out the amazing artworks done by you. In order to keep everything clean and appropriate for all audiences, we have a couple of don’ts for your submission.

These are just two rules to make sure we run a clean challenge and everyone can have as much fun as anyone else. Before jumping in on this challenge, make sure you read through the full terms and conditions by clicking on the button below.

show us what you got

Alright, you’ve put your heart and soul in this unique ‘Warbb World’ of yours and you are ready to send in your submission. We’ll be using ArtStation to create a central spot where we can collect and check out all of your amazing artworks. All you need to do, is upload your submission to ArtStation and include the hashtags #WarbbWorld and #NVIDIAStudio in the title and description. The judges will be checking out the entries during the challenge and occasionally highlight some of them through various social media platforms.

upload submission
but wait, there is more

You just uploaded your submission to Artstation, your artwork is looking fire and the waiting game begins. What if we told you there is another awesome prize up for grabs. All you have to do is share your submission on Instagram or TikTok by using the hashtags #WarbbWorld and #NVIDIAStudio and informing everyone you know about this challenge. In return you will have a chance of winning a feature on NVIDIA with an in-depth blog/interview about you as a creator. This is an awesome opportunity to introduce yourself to a big audience of like-minded creators. So get out there, spread the word and get yourself featured! 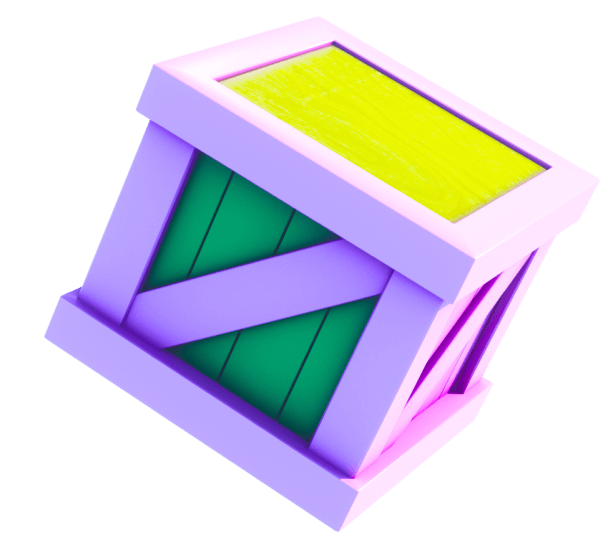 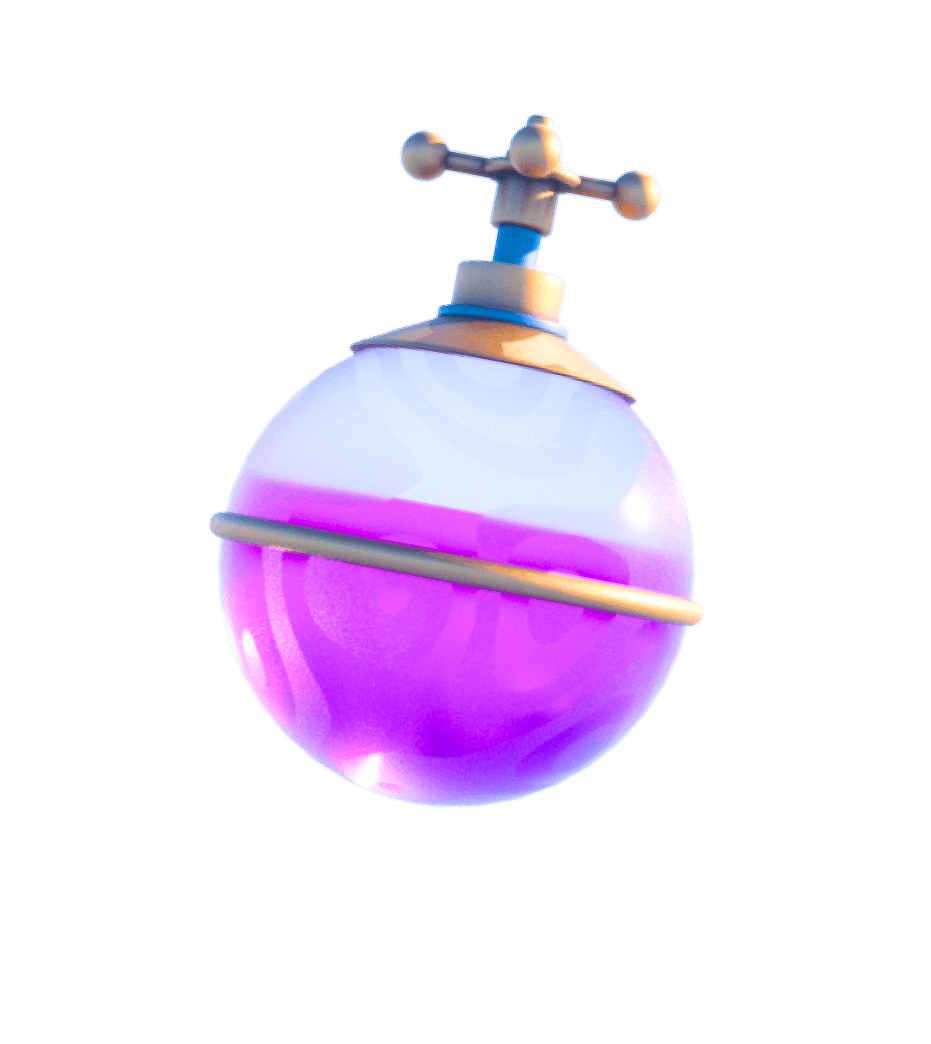 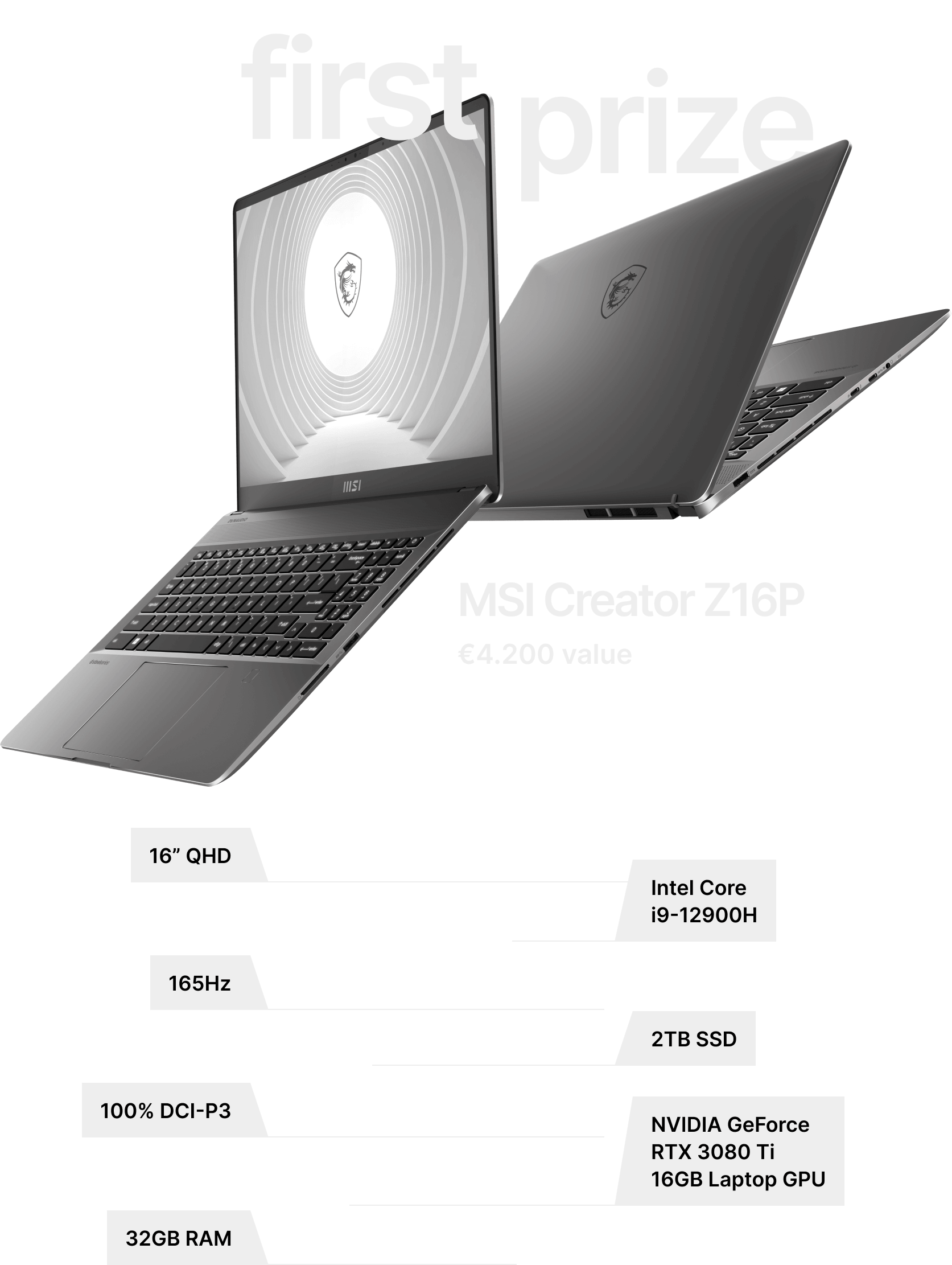 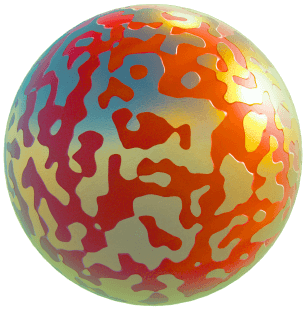 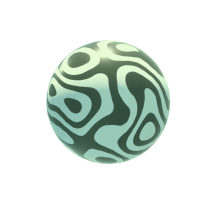 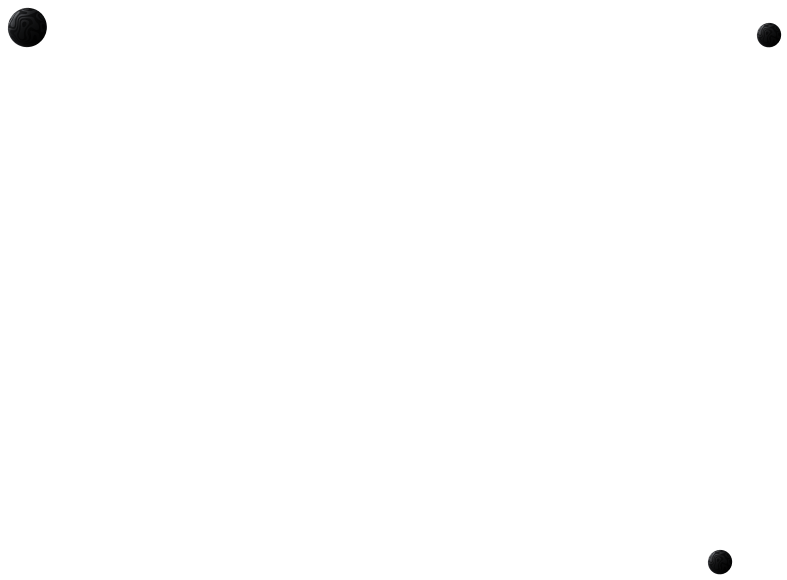 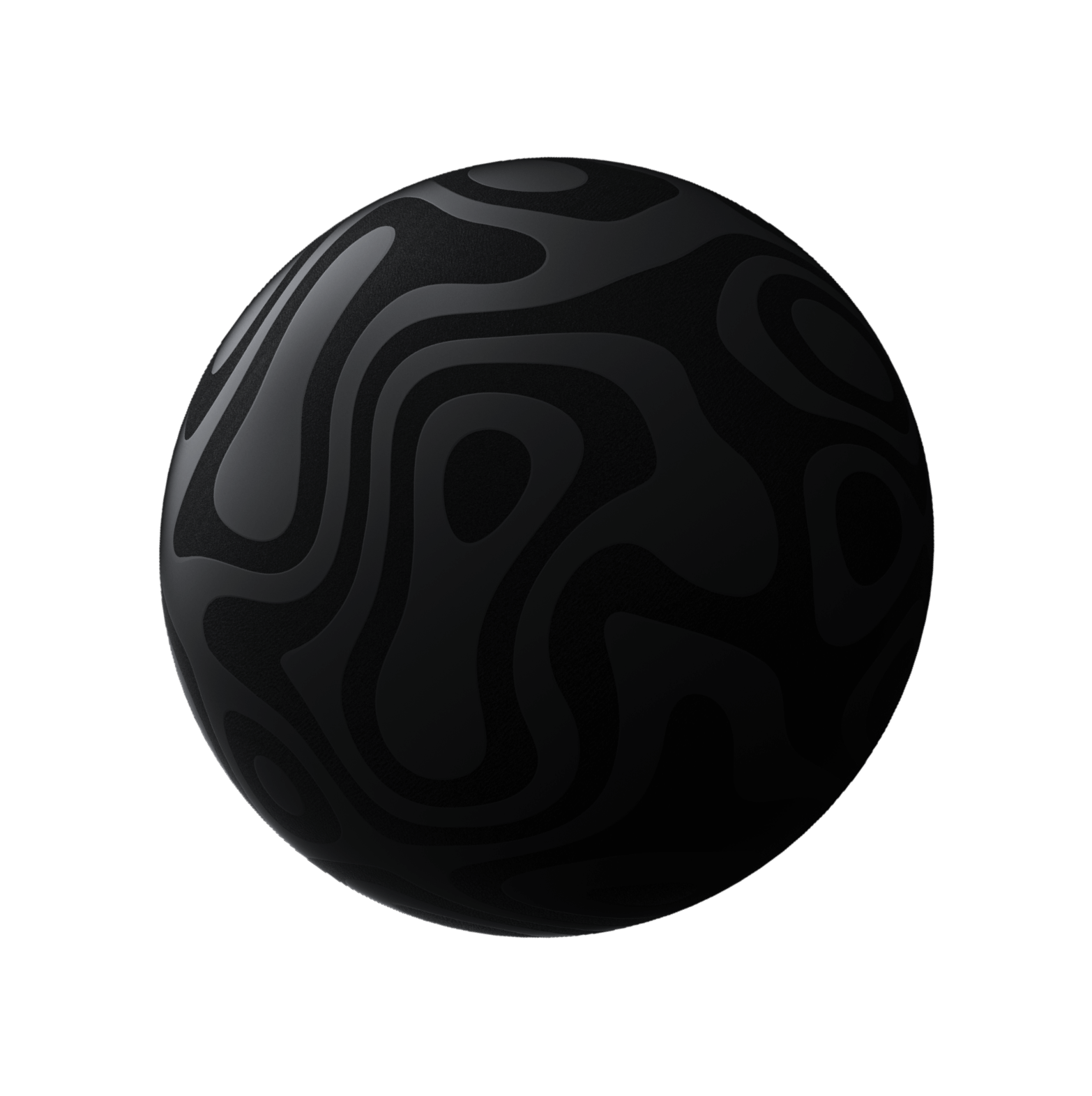 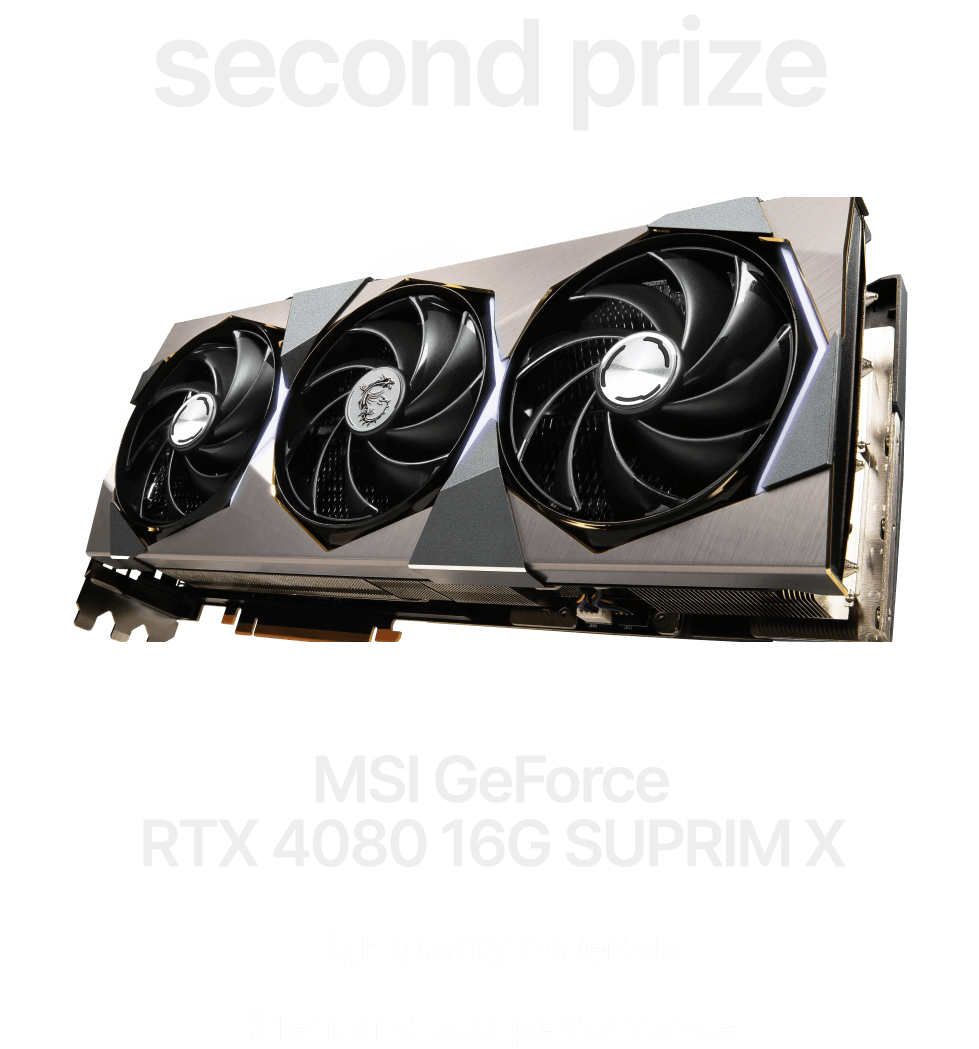 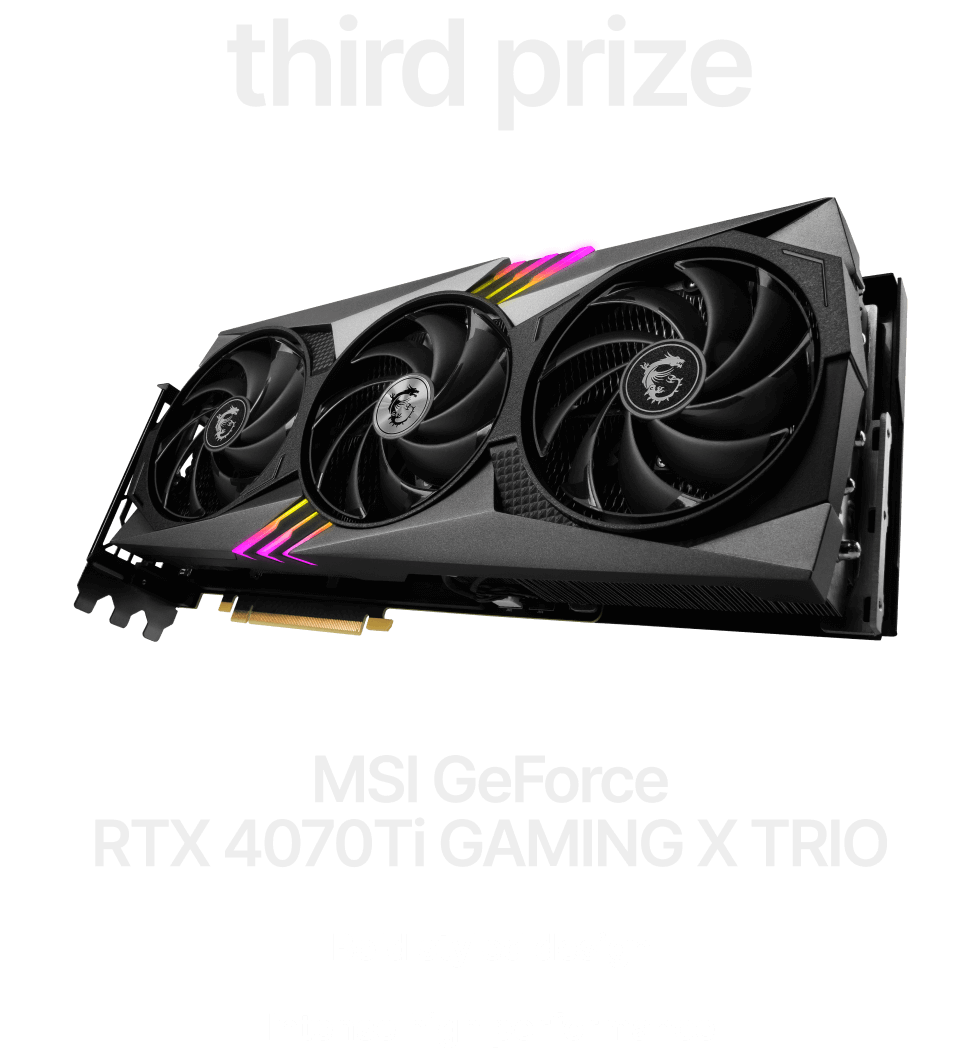 Supporting aspiring artists and industry professionals alike, the NVIDIA Studio platform supercharges your creative process. NVIDIA’s industry-leading GPUs, paired with their exclusive driver technology, enhance your creative apps with a level of performance and ability that is nothing short of inspiring. With NVIDIA Studio empowering your workflows, you’re free to realize your most ambitious projects yet.

Whether you’re an aspiring artist or an industry veteran looking to do your best work, NVIDIA GPUs make it happen—fast. NVIDIA Studio laptops and desktops are purpose-built with vivid color displays and blazing-fast memory and storage to boost your workflows.

NVIDIA Studio products are hand-picked for their performance, features, and functionality to ensure they are great for creators, so you don’t have to worry. Just look for the badge. 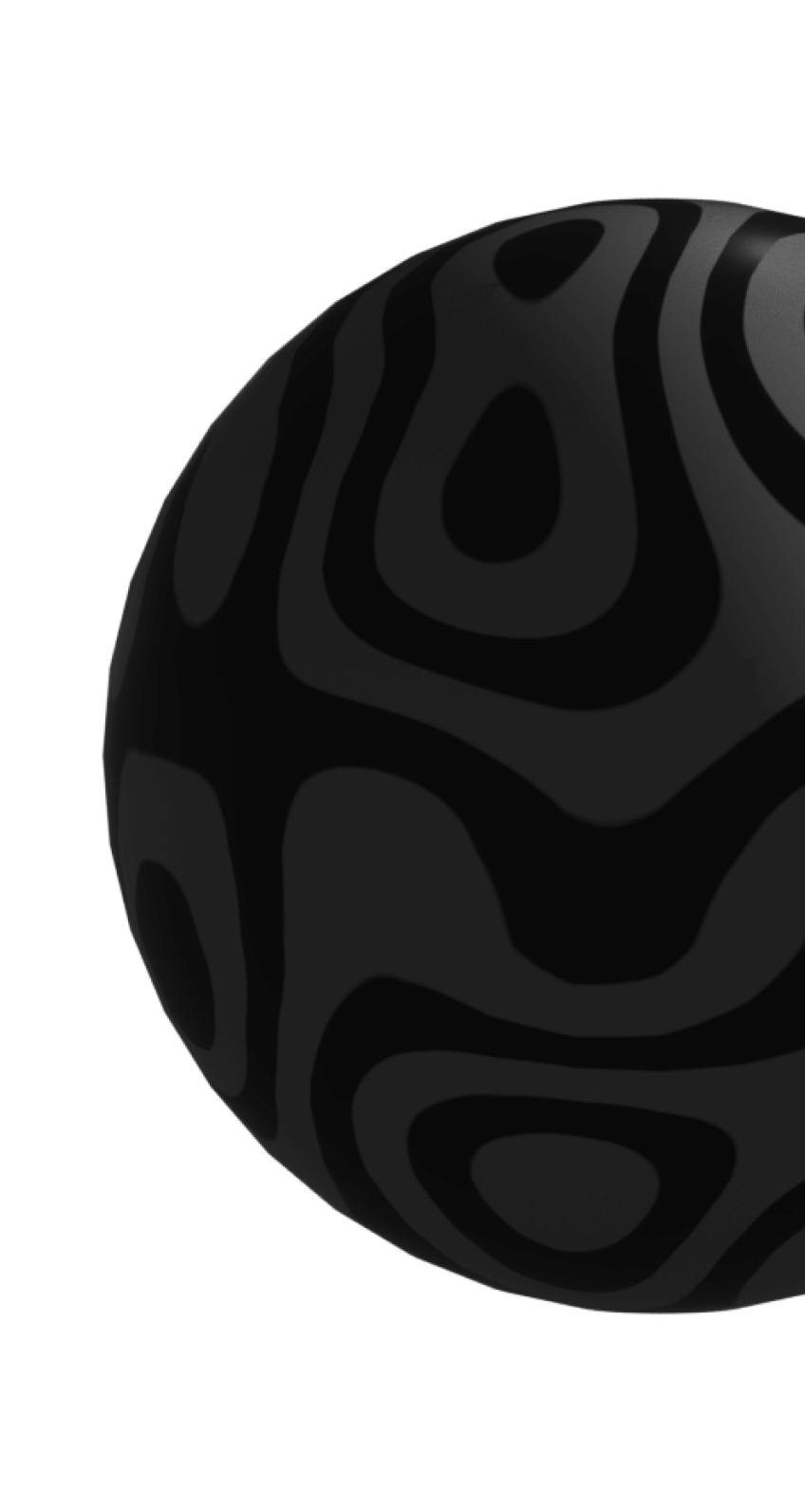 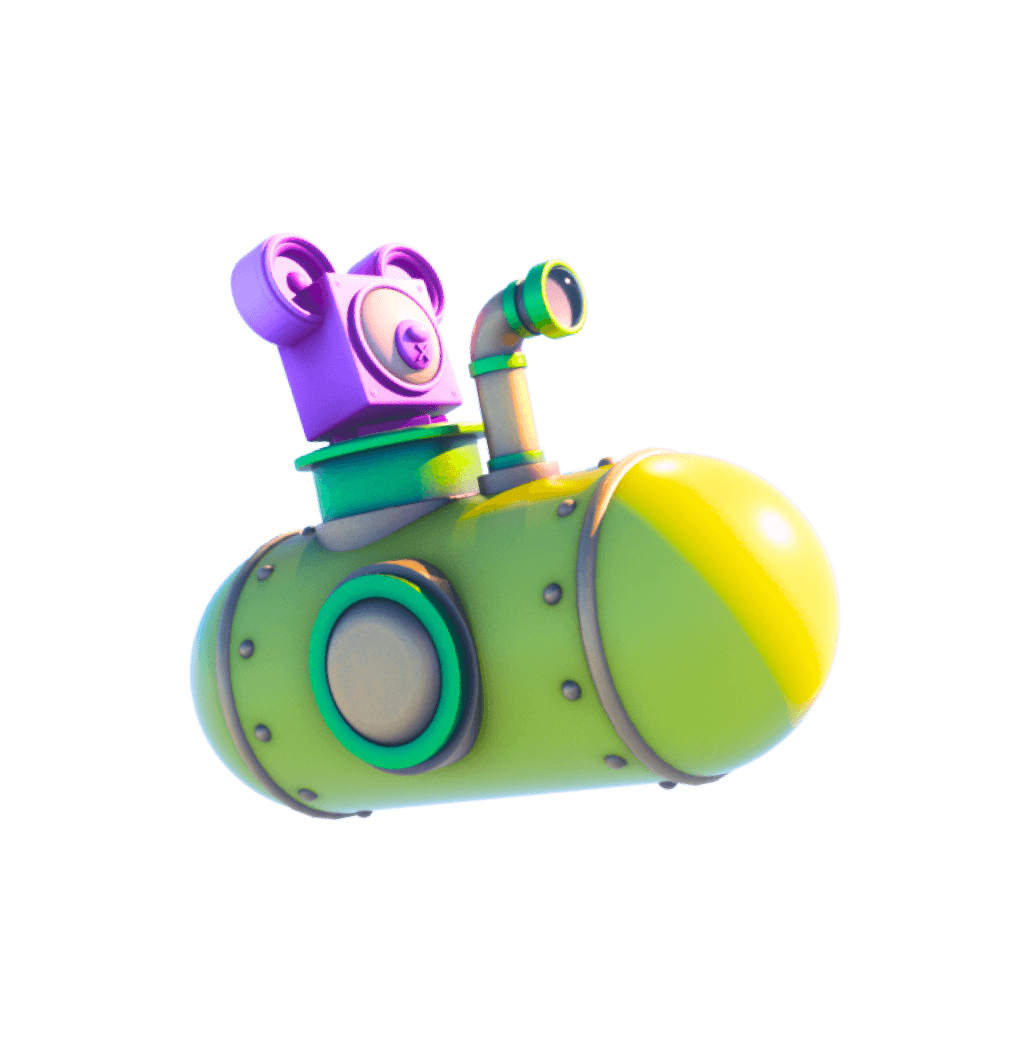 With RTX GPUs, accelerated ray tracing lets you visualize your photorealistic materials as you create them in Autodesk Arnold, Chaos Group V-Ray, OTOY OctaneRender, Redshift by Maxon, and Blender Cycles.

Get to Final Frames Sooner 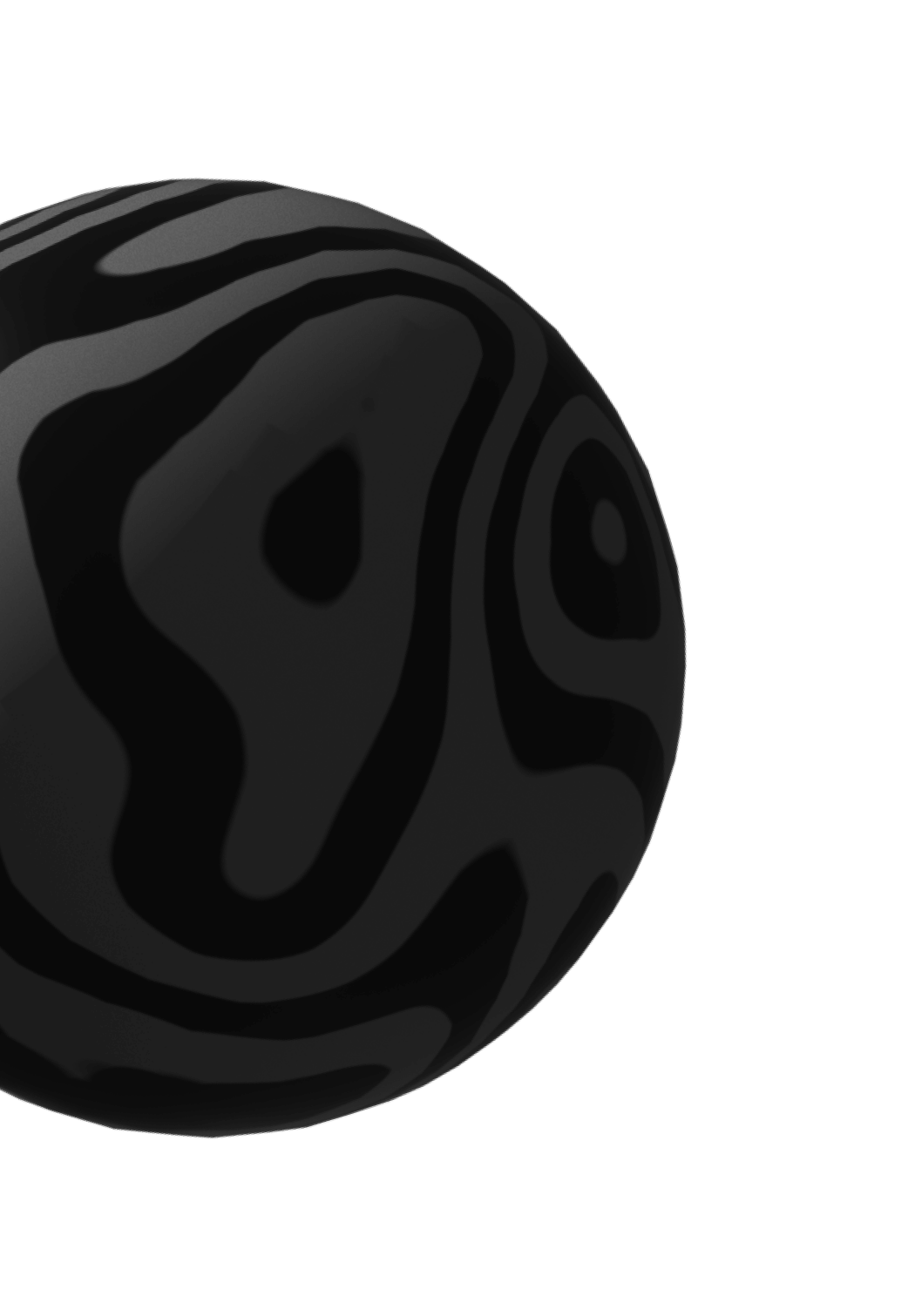 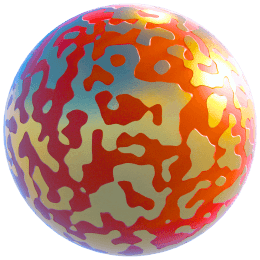 By entering this Contest, you agree to be bound by these Official Rules and to comply with all applicable laws and regulations.

NO PURCHASE OR PAYMENT OF ANY KIND IS NECESSARY TO ENTER OR WIN THIS PROMOTION. A PURCHASE WILL NOT IMPROVE YOUR CHANCES OF WINNING. THIS PROMOTION IS VOID WHERE PROHIBITED BY LAW. OPEN ONLY TO LEGAL RESIDENTS OF AUSTRALIA, AUSTRIA, BELGIUM, CANADA (EXCLUDING THE PROVINCE OF QUEBEC), COLOMBIA, CROATIA, CZECH REPUBLIC, DENMARK, FINLAND, FRANCE, GERMANY, GREECE, IRELAND, JAPAN, NEW ZEALAND, NORWAY, PERU, POLAND, SOUTH KOREA, SPAIN, SWITZERLAND, TAIWAN, THE NETHERLANDS, UNITED KINGDOM, THE UNITED STATES OF AMERICA (EXCLUDING THE STATES OF NEW YORK AND FLORIDA, AS WELL AS PUERTO RICO AND ITS OTHER TERRITORIES AND POSSESSIONS).

This Contest is sponsored by NVIDIA Corporation, on behalf of itself and its affiliates, with an address at 2788 San Tomas Expressway, Santa Clara, CA 95051, U.S.A. and Micro-Star International Co., Ltd., with an address at No. 69, Lide Street, Zhonghe District, New Taipei, Taiwan, 235; WARBB and Redux Gaming B.V. (hereinafter "NVIDIA" and “MSI” and “Warbb” and “Redux Gaming” or "Sponsor(s)").

1. You must be a legal resident of AUSTRALIA, AUSTRIA, BELGIUM, CANADA (EXCLUDING THE PROVINCE OF QUEBEC), COLOMBIA, CROATIA, CZECH REPUBLIC, DENMARK, FINLAND, FRANCE, GERMANY, GREECE, IRELAND, JAPAN, NEW ZEALAND, NORWAY, PERU, POLAND, SOUTH KOREA, SPAIN, SWITZERLAND, TAIWAN, THE NETHERLANDS, UNITED KINGDOM, THE UNITED STATES OF AMERICA (EXCLUDING THE STATES OF NEW YORK AND FLORIDA, AS WELL AS PUERTO RICO AND ITS OTHER TERRITORIES AND POSSESSIONS) and you must be eighteen (18) or older to be eligible to participate. This Contest is open to individuals only. No team entries and no corporate or institutional entries are permitted in this Contest. Employees of Sponsor, its affiliates, and their respective contractors, service providers and professional advisors connected with this Contest, as well as members of their immediate families and/or households, are NOT eligible to enter.

This Contest involves the following challenge: Upload your creation using the assets provided by Warbb with the hashtag #WarbbWorld and #NVIDAStudio to Artstation, on top of that there is one more prize to win if participants share their submission through Instagram or TikTok by using the same hashtag #WarbbWorld and #NVIDAStudio and mentioning @warbb.art.


There will be a total of three (3) winners chosen by a panel of judges to receive the prizes. Judging will be based on thefollowing criteria:

Entrants cannot win for multiple entries. Winners will be contacted at different stages within and shortly after the contest period. The judges will have the sole authority and discretion to select all the winners, and all decisions of the judges will be FINAL. By entering this Contest, you agree to be bound by the decisions of the judges. Judges will be selected from official representatives from NVIDIA and Warbb and independent creators.


Contest submissions must be original content. Entrants may not enter or submit for another account's content and claim them as their own. Entrants that submit entries that are not their own, will be automatically disqualified from winning.

The prizes of this Contest are as follows:


The prizes are not assignable or transferable. Brand and model of prizes are subject to change by NVIDIA at any time for any reason and substitutions will be of equal or greater value. NVIDIA is not responsible or liable for the distribution of any prizes once they are shipped to the winner. The prizes offered, and the entrants that are successful, are not distinguishable by country and do not hold any bias and are equally attainable for all participating countries and their entrants. THIS CONTEST HAS NOT PREVIOUSLY BEEN OFFERED. Odds of winning depend on the number of eligible entries received.

The winners of the contest will be announced on the @warbb.art Instagram and the contest landing page at warbb.com and on the Redux Gaming contest landing page on or about February 26, 2023 or after all winners have been confirmed and contacted. Winners will be contacted by Sponsors via email or direct message. To claim the prize, the winner must do the following within 7 days from the date of Sponsor’s notification:Confirm receipt of the notice by email/direct message (which confirmation must be sent from the same email address/account to which the notice was sent).Sponsors will contact the winner via email or direct message to confirm winner eligibility.Once eligibility is confirmed, winner must complete sign and return a winner release form and such other requisite documentation (if any) required by Sponsor.

Within 21 days following its receipt of the Required Winner Documents from the winner, Sponsor will ship the prize via UPS or similar courier service, at Sponsor's expense, to the winner's mailing address specified in his/her winning entry. Notwithstanding the foregoing, if Sponsor determines that the Required Winner Documents as returned by the winner are incomplete, erroneous, or otherwise not in order, Sponsor may require the winner to provide complete or replacement documentation prior to shipment of prize. Digital prizes will be electronically emailed to the email address supplied as part of their contest submission.

IMPORTANT NOTE TO ALL ENTRANTS: If a winner cannot be contacted or fails to claim the prize or to return the Required Winner Documents within the specified time period, or if the prize is returned as undeliverable, or if a winner fails to comply with any of the provisions of these Official Rules, such winner will be considered to have forfeited the prize. In such case, the prize will be awarded to the individual who submitted the next best entry as previously determined by Sponsors.

"Warbb World" assets are licensed exclusively for use in the "Warbb World" contest and cannot be repurposed for any other use.

The winner of this Contest is solely responsible for any and all applicable taxes and government charges that result from his/her receipt and/or use of the prize. Sponsor reserves the right to withhold and deduct such taxes and charges from the prize if and to the extent required by law.

10. Reservation of Rights by SPONSORS

These Official Rules are governed by and shall be construed in accordance with the laws of the State of Delaware, U.S.A., without giving effect to its conflicts of law rules. Each entrant hereby submits himself or herself to the exclusive jurisdiction of the state and federal courts sitting in Santa Clara, California, U.S.A.

The Sponsors of this promotion are NVIDIA, MSI, Redux Gaming B.V. and WARBB.